When do doctors talk about erectile problems?

If only once it didn’t work out, men don’t have to worry. Only when this occurs frequently do doctors speak of erectile dysfunction, also known as ED for short. Then it is advisable to visit a urologist or andrologist. For example, you can visit an expert who specializes in the reproductive functions of men and their disorders. ED is not only because of the lack of an erection itself but also because it can sometimes be a symptom of another disease. Some people would advise you to visit. However, it is always good to visit a doctor first. 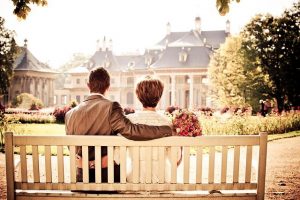 Erectile dysfunction: Why is it?

Many factors influence an erection. For example, testes that are retarded during growth do not sufficiently produce the sex hormone testosterone, which plays an important role in an erection. Damaged nerves and circulatory disorders are also possible causes. Certain medications can also affect potency. Some diseases can also play a role, for example by damaging the blood vessels. A factor that you should not underestimate is the man’s psyche. Under stress and too much pressure to succeed, erectile problems can easily occur. They attack self-confidence which makes matters worse – a vicious circle.

What does the doctor do?

In addition to the blood vessels, he examines whether there is still an erection at night. Every healthy man has erections several times during his sleep that he does not even notice. In addition to the organic causes, the doctor also devotes himself to the psyche of the person concerned. Oftentimes, the man is faced with expectations that he cannot meet. Since some of these processes take place unconsciously, sex therapy, possibly with your partner, can help.

In recent years, drug therapy has developed significantly. These include above all the so-called PDE-5 inhibitors. They have a special effect on the smooth muscles of the erectile tissue in the penis, ensure an increased blood supply and thus facilitate an erection.